If you’ve ever been tasked with training a puppy, one of the most common pieces of advice is to correct bad behavior and reward good behavior in the moment. If, for instance, your puppy chews your slippers on Tuesday, correcting him on Wednesday just confuses him—he’s most concerned with his current activity, and he hardly remembers what happened the day before.

While humans obviously have a more nuanced understanding of time, the approach to feedback is remarkably similar: Instant feedback is much more effective than delayed feedback.

In fact, some of the most prominent organizations in the world incorporate the use of consistent, timely feedback into their culture, and train new employees how to both give and receive feedback as part of their onboarding. This technique encourages a culture of transparency, fast failure, and quick improvement.

This article will teach you how to harness simple but impactful techniques to improve your own culture through productive feedback and develop stronger interpersonal relationships along the way.

The importance of instant feedback

Think back to a time when you’ve been blindsided by feedback in your personal life. More than likely, this feedback was delivered with no small amount of anger, and it was probably apparent that the person providing the feedback had been letting small issues simmer for months or even years without addressing them directly.

The problem with this method—the “delayed feedback” method—is that it is one-sided and unfair. You have no way to respond or correct behavior because you had no idea what you were doing was wrong—and you have no context or time to prepare for when the feedback did come, likely leaving you flustered, confused, and embarrassed.

In business environments, this can transform a collaborative environment into a toxic one. Here’s an example: Your work hires a new project manager who uses a specific task management tool. The project manager assigns you a task within the tool, you complete the task, and you mark the task complete.

However, this throws the project manager’s workflow off, as she must then reopen the task to route it through approvals. But instead of telling you to not mark tasks complete, she continues to reopen them. Her resentment builds and interactions between you two are growing increasingly tense. But you have no idea what’s going wrong, which means you aren’t given the chance to correct the issue.

Why is instant feedback a better method, and why does it work?

Instant feedback works because the issue can either be corrected in the moment or can be prevented from reoccurring. In the example above, you could easily have left tasks uncompleted had you been informed of the correct process. But the longer your project manager waited to give you feedback, the more the mistake was repeated.

Instant feedback allows someone to be made aware of their mistake (or victory) so they can learn quickly and not repeat the mistake in the future, and replicate the best practices and processes you want them to learn.

One of the most important and yet most overlooked steps to giving instant feedback is to ask permission. Before you give feedback, ask the receiver if they’re open to feedback and if now is the right time for them to receive feedback. If the person you’re giving feedback to is in a heightened emotional state, they’ll be further upset by the feedback and less likely to act upon it.

Here are some additional tips to improve how you give feedback:

Here’s what all of the above could look like if you were approaching a junior member on your team about something that happened during a client call. This interaction would ideally occur right after the meeting:

“Hey Neil, just wanted to say the suggestion you had for improving our organic social style guide was fantastic. I can’t wait to work with you on that project. If you have a second, I wanted to give you a bit of feedback on something else. Is now a good time?”

If Neil answers yes, say this:

“Awesome. I noticed you weren’t taking notes during the meeting, and that can lead to issues down the road when it comes to referencing specific client feedback. Would you mind starting a document dedicated to notes in this recurring meeting? I’ll send over some examples of my notes that could help you organize them.”

Neil then apologized and mentioned that he didn’t even think to take notes because at a prior company, doing anything other than participating in conversation during meetings was considered a distraction, and his teams typically recorded meetings instead of scribing them.

By giving immediate feedback, you were able to communicate and reach understanding together, correcting something before it even became an issue; you were direct, fair, and kind.
Had you not done this, you could have festered for weeks or months under the incorrect assumption that Neil was simply inattentive or a poor employee.

Learning how to receive feedback well is equally as important as giving instant feedback. Here’s some tips you can use to increase your ability to learn and grow professionally from feedback:

If you’re continually struggling with giving or receiving feedback well, this team activity can resolve some of that by providing you opportunities to reflect on the best pieces of feedback you’ve received before—and what made it so impactful.

Giving immediate feedback should be a process that lifts both parties—rather than dampening or discouraging them. It’s a vital tool for opening up the lines of communication between team members, and it enables businesses to unlock a culture of meaningful collaboration and fast improvement. Done correctly, feedback can be inspiring and a tool of valuable learning for both the receiver and the giver.

You might consider training your team on feedback and making it a practice to give routine, timely feedback that consistently leads to better outcomes. Instead of just dictating rules, encourage the team to make working agreements and goals about how they’ll give and receive feedback to each other, so they feel a sense of shared ownership over their culture of collaboration.

You’ll find that developing good practices around feedback helps teams learn, grow, and be honest as they strike towards a mission together. 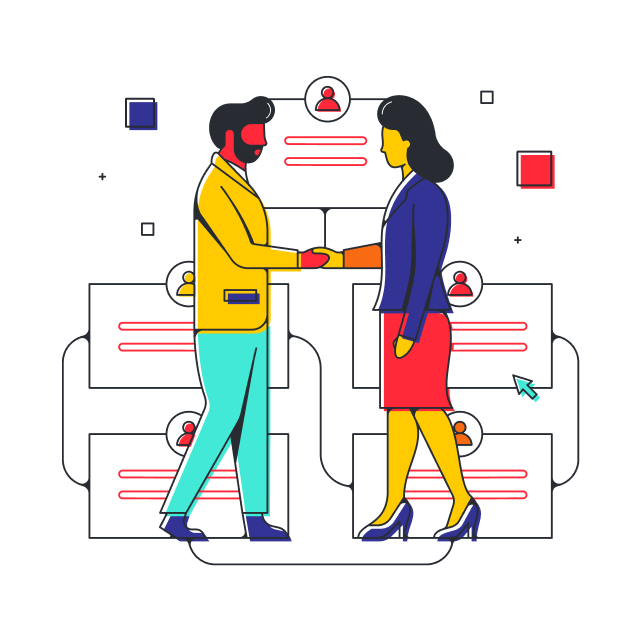 Learn how to gather and organize feedback during brainstorming sessions.

Learn how to gather and organize feedback during brainstorming sessions.