How to overcome mental blocks when brainstorming

You’re put in charge of naming your newest product. So you sit down with a pen and paper and get to thinking. And nothing happens. Nothing happens, in fact, no matter what you do. This is actually very common. Most employees deal with mental blocks on occasion.

However, due to a rise in remote work, team members are now often forced to brainstorm online alone or in group settings online, which can be difficult when there’s no place to organize thoughts and ideas. And normally, mental blocks can be helped with some of the energy generated by face-to-face interaction, but that isn’t always possible in the new reality of modern work environments that have to be more flexible with less human contact.

But all is not lost. Even in the most distributed and mixed environments, mental blocks can be overcome: all it takes is the right tools.

What is a mental block?

A mental block is a psychological obstacle that makes it difficult to do things like completing tasks or providing input during brainstorming meetings. You’ve probably heard of “writer’s block,” but mental blocks don’t just plague writers. They can strike anyone and make it feel like your brain just won’t generate ideas. Or, if the ideas are coming, they’re nowhere near as good as you need them to be.

This can be especially frustrating if there’s a lot riding on your creativity or if you’re under a deadline. In fact, it’s that same pressure that causes the mental block in the first place. If your brain is a butterfly, then the work pressure is a glass trapping it and keeping it from flying.

Interestingly, mental blocks are not constrained to just one person at a time. You may have an entire team that’s hit by a block at the same time.

How to identify a mental block in a brainstorm session

You’ll know your team has encountered a mental block during a brainstorm because they’ll get very quiet. Someone may offer one or two suggestions, but for the most part, your team will meet you with blank stares. Time may seem to slow down. Even the most vocal members of the group will look to the others for help. There’s no creative energy: the brainstorm is effectively dead.

Before we get into how to change this (and sometimes even prevent it from happening), let’s look at what causes mental blocks in the place:

There’s quite a bit of research now showing that our reliance on switch tasking and social media has hijacked our ability to be creative. If you’re preparing for an important brainstorming meeting, don’t check your social media. Don’t shop online or start texting friends. Allow your brain some peace and quiet so it can reset.

So many diets glamorize skipping breakfast, but that’s like expecting your car to drive to Vegas without any fuel. Your brain uses 20% of your body’s energy, which means it needs to be well-fed to do any work. If you’re encountering a mental block, eat some healthy calories.

You wouldn’t run a marathon without getting any sleep the night before, so why expect your brain to sprint toward a creative finish line if it’s exhausted? Even a short nap can help give your brain the rest it needs to do the work.

If a student is repeatedly told he’s bad at math, he’ll remain poor at math. There’s something very powerful about the power of suggestion, and it creeps into your ability to perform at work as well.

If you approach your problems with the belief that you’ll never solve them, you’ll be right. Instead, feed yourself some positive thoughts. Say things like, “I’m going to think of a brilliant solution” and “I am so creative.” It’s useful to think of these positive mantras ahead of time and write them down, so that if and when the creative block occurs, you can simply read the mantras to yourself or say them aloud. You’ll be amazed how hearing positive reinforcements can change your brain.

How to overcome a mental block when brainstorming

The worst time for a mental block to happen is when you’re with other people. If you’re brainstorming with a team, here are some ways you and the team can get your creative mojo back in a hurry.

If you’re struggling to come up with, say, a name for a project, break that down into something even smaller: a name for a portion of the project. Or even just descriptions of features.

If you were tasked with building a spaceship, you wouldn’t jump right to the launch: you’d start with the smallest pieces first. If your team is having difficulty thinking of brainstorming input, change the ask to something smaller.

If you’ve been sitting in front of a computer all day, chances are you’ll start feeling pretty uninspired by early afternoon. If you’re able to, try moving to a laptop and sitting outside. Or shift your desk so it faces a window. If you’re in the middle of a brainstorm, suggest the entire team take a 15-minute break to walk around the block sans any sort of electronic devices.

Some of the biggest geniuses the world has ever known did their best thinking in a room without any stimuli. A cluttered desk can be a distraction, so tidy up before the brainstorm or take a few minutes while you’re having a mental block to address the environment around you.

Do something trivial that has nothing to do with the task you’re addressing. Watch a dumb reality show for a half hour. Sketch some Pokemon. Make a smoothie. You’re trying to release some of the pressure so that your brain has the freedom to function in a healthier environment.

5. Get an outside perspective

You may be too close to the problem to solve it. In that case, try gathering other people’s input. Conduct an informal Instagram poll or even just ask your friends and family.

Try using an online whiteboard like Lucidspark to organize your brainstorming session. With input organized visually, it’s much easier for your team to come up with their own ideas. Similar to the concept of creativity needing a clean environment in which to thrive, an organized environment allows for ideas to flourish.

Collaboration is really the magic way to feel more empowered when approaching a problem. It allows the team to organize their thoughts, contribute effectively, and then quickly pivot to assigning tasks and capitalizing on the work that was done.

Brainstorming is one of the most profound ways to generate meaningful, high-quality ideas, but mental blocks can sabotage your team’s brainstorming efforts. By coming into the brainstorm with a fed, rested brain that’s ready to work, you can do your part. And by providing your team with the tools it needs to succeed, you can make sure that the brainstorming session has an environment in which to thrive. 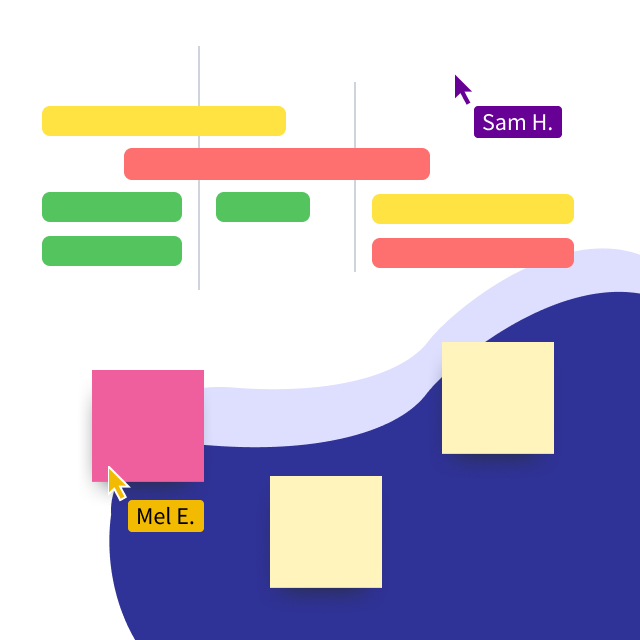 It’s time to warm up for your next brainstorming session, are you ready?

It’s time to warm up for your next brainstorming session, are you ready?