How to save your project with a premortem brainstorm

What normally happens in this exercise is that the team that has time to plan, even for a short time, makes better decisions that help them to build the taller tower. The lesson learned is simple: even a little bit of planning can go a long way to ensure success.

Another lesson is that if a little planning is good, then more planning must be better. And part of that planning should include risk assessment. This is where the idea of a premortem brainstorm or analysis session comes in.

What is a premortem?

Mortem is a Latin word that means “death.” When a person dies, a pathologist might perform a postmortem exam to find out the cause of death. The things the pathologist learns from the postmortem might lead to cures that can prevent future deaths.

In a business setting, a postmortem is an analysis of a project you’ve recently completed. This does not mean that the project died or that it was a failure. It just means that you want to understand what went well and what didn’t go so well so you can apply the lessons you learn to the next project.

A premortem is kind of like the opposite of a postmortem. It is a risk management method that was developed in 2007 by Gary Klein. Instead of examining what went wrong, the team comes together to analyze what could go wrong. Then you work backward to come up with a plan that can keep potential problems from derailing your project. The goal is to increase the chances of your project’s success—to hedge against failure by discussing possible failure points in advance.

Why should you do a premortem analysis?

You may have heard that projects fail at an alarmingly high rate—70% according to most reports. Another recent report found that agile projects are three times more likely to succeed than traditional waterfall projects.

The point is that some projects fail. And a couple of the most common reasons projects fail can be attributed to these common biases:

It’s helpful to be aware of these biases during premortem analysis, because premortem brainstorming encourages team to look at things more objectively. While the team identifies what might go wrong in the next project, the premortem encourages open and objective discussions about doubts, concerns, and misgivings anybody might have going into a new project. Identifying possible problems and discussing concerns leads to the creation of proactive measures that can stop the issues before they come up.

The premortem encourages people who might previously have been reluctant to point out what they see as flaws or weaknesses in the plan because they don’t want to “rain on the parade.” In addition, the premortem can help your team members to be more alert and react more quickly to signs that the project might fail.

How do you conduct a premortem analysis?

A premortem is not a complicated meeting, but it can be very powerful as it prepares you to recognize and prevent a potential crisis. The following steps can help you to conduct a successful premortem analysis.

Make sure that all stakeholders and team members with significant roles can attend the meeting. If important stakeholders don’t attend, things can be overlooked that might blow up in your face later.

Chances are your company is currently working in some type of hybrid work model. This means that the premortem likely won’t be face-to-face (which is ideal) with everybody physically in the same room. So you’ll need to create a digital document that team members can access and work on in real-time no matter where they attend the meeting. For example, a Lucidspark premortem template can help bring your team together to express their ideas on visual canvas where you can quickly jot ideas down on virtual sticky notes.

Divide your document into columns with the following headers:

The premortem does not need to focus on the negative. So you might want to start the meeting by asking your team to think about these questions:

Considering the potential positives and negatives will keep the team focused on the project and help them to come up with better ideas.

Give everybody some time to answer the questions. You can let them work in groups or individually. Encourage creativity and have them write down everything they can think of. All ideas are worth considering if the reasoning makes sense. Have them add their answers to the collaboration document in the appropriate columns.

You will probably have a lot of similar answers to each question. Merge similar ideas together to free up space on the document. In some cases you may need to flesh out some ideas a little bit more. For example, a comment like “the technology doesn’t work” doesn’t really define why the project might fail. It’s more helpful to describe which specific parts of the technology might cause the project to fail.

The participants evaluate the ideas on the document and vote on the ones that they believe could pose the biggest threat to the project’s success. Give each person a set number of votes, which forces the team to prioritize the biggest issues.

Follow the same format from step 5 to vote for what the team members believe are the keys to the project’s potential success.

Move the three ideas that got the most votes to the To Discuss column. Take time to discuss each idea and develop action items for each.

There are a few things you might want to consider while running a premortem that can enhance the steps outlined above, including: 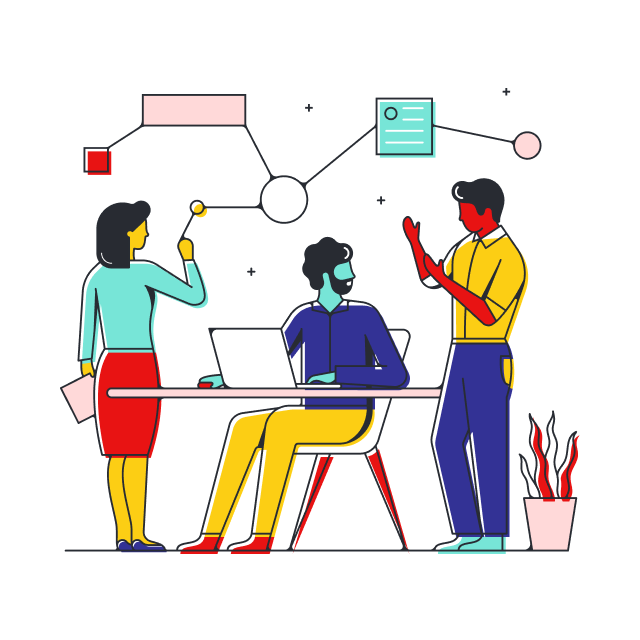 Get a free postmortem brainstorming template for your next planning session.

Get a free postmortem brainstorming template for your next planning session .