Justin Donlon, VP of Process Innovation & Analytics at CarGurus, was an early and enthusiastic adopter of Lucidspark. Justin had been searching for just the right whiteboarding solution to support his team, especially now that they are all working remotely due to COVID-19.

“I was just looking to be able to collaborate with my team members in a way that we would do when we were meeting in an office. So to be able to write a list on the board, draw a diagram, draw a timeline, mock up an architecture, do a business flow, those sorts of things,” Justin explains.

In other words, Justin joined the thousands of other teams searching for a way to recreate the in-office, instantaneous collaborative work we largely all took for granted.

Already a Lucidchart user, Justin heard about Lucidspark and started using the virtual whiteboard for his day-to-day meetings. He discovered that Lucidspark was the perfect space for agendas, meeting notes, ideation, and categorization—all in one accessible spot.

When Justin’s team embarked on a massive new project to rebuild their enterprise application stack, he was confident Lucidspark could provide the working space they needed to get the job done, even if they couldn’t meet in the same room.

Justin introduced Lucidspark to one of the chief enterprise architects over the project, JR Morris. New to CarGurus, JR needed knowledge and input from various teams to create a multi-phase deployment plan that would work well for all applications. Prior to the shift to remote work, JR would have gathered the 10-12 necessary team members in a conference room for several working sessions around the whiteboard. This time, he decided to host the team's working sessions in Lucidspark.

Justin and JR organized several 90-minute working sessions over Zoom that included subject matter experts from teams across the company. For every meeting, all participants continually worked in a shared Lucidspark board created by JR Using a template he designed, JR briefly outlined the overall deployment approach. Before diving into the details of each session, he gave participants five minutes at the start of each meeting to review the plan and add any questions or concerns directly to the board with sticky notes. 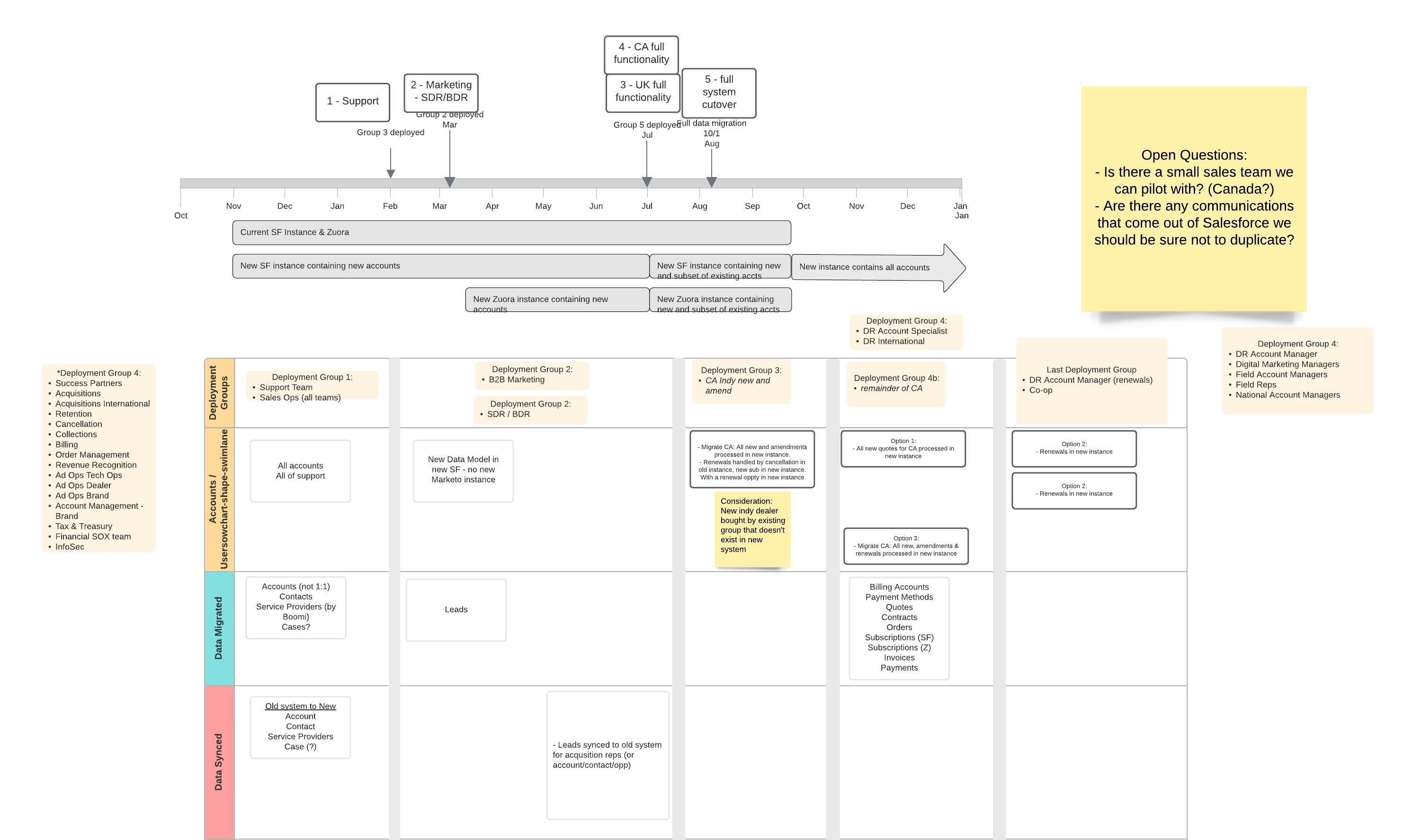 Next, the team “gathered” around the virtual whiteboard to talk through the logistics of the deployment plan. Participants worked together in real time to fill out the template, add new ideas, and discuss questions. Eventually, they moved to building rough architecture diagrams within the same board to visualize the transition of systems. Each diagram built on the last, and team members color coded each additional system. 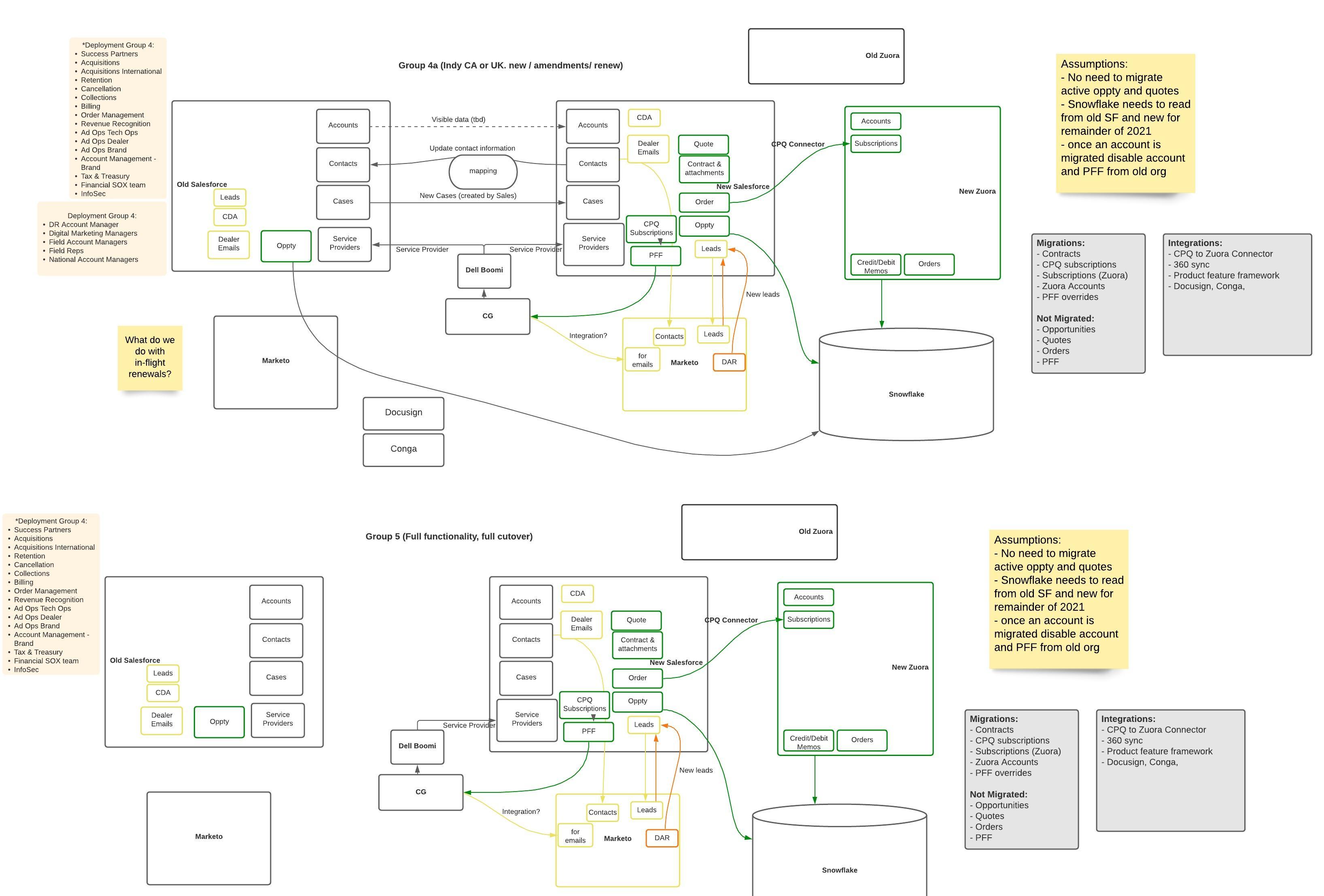 JR appreciated the intuitive features that made the workshopping sessions efficient and seamless, such as sticky notes, lines, and even copy and paste.

After hours of Zoom collaboration around the deployment plan, the team was able to easily switch to Lucidchart, where they created a more polished deliverable to present to stakeholders and gain buy-in. These timelines and architecture diagrams clarified the proposed deployment approach and suggested timelines. Going forward, this documentation will be used by the IT systems team to begin implementation.

JR loved that Lucidspark provided an online whiteboard where the team could work together to quickly formulate plans and ideas, without worrying about advanced functionality or aesthetics. Then they could take the next step in their project journey and seamlessly switch products to focus on polish and presentation in Lucidchart.

Lucidspark succeeded in helping JR replicate the in-person workshops he usually turns to for collaborative planning and workshopping. He describes how, “It was a little less formal than our typical Zoom meetings that we're all tired of. Incorporating the video with people just spitballing ideas was nice. It felt less like a meeting and more like a whiteboarding session, which is what we tried to do but which is tough to create in the virtual environment.”

“Lucidspark gives us the tools to be able to collaborate more effectively and visually. And I think one of the advantages that we have over a whiteboard is that now we get to keep the board, and we get to keep working on it, no matter where we are. We don't have to write on there, ‘Please do not erase.’ It can become a living artifact that we can keep evolving.”

Looking back on the project, JR and Justin both recognize the time savings Lucidspark provided for them individually and for the team as a whole. As a new member of the team, JR used Lucidspark to quickly come up to speed without wasting his or anyone else’s precious time. “I don't know how I would have done this in a remote workplace without a tool like Lucidspark I can't even imagine doing this in a PowerPoint. Lucidspark was definitely a huge time saver. And for me coming in new, having a tool where everybody can put their ideas in  simultaneously also saved us time. Otherwise, people would have had to make me documents, and then I would have to put them all together offline.”

Justin found that visually demonstrating a proposal and then automatically shifting into iterating on that proposal helped the team reach decisions faster. The visual component brought clarity and that resulted in faster buy-in.

Looking to the future

Justin describes Lucidspark as “revolutionary rather than evolutionary.” While it’s not physically possible to exactly replicate the in-office experience, Justin feels Lucidspark is ready to support the hybrid office environment he predicts will be the norm moving forward.

“It's more than likely going to be a hybrid environment, where there will still always be at least one individual who is remote. I think every meeting room is going to have some Zoom or video conference capability, and instead of somebody writing on the board, I think people will actually pull up a Lucidspark and start working on that instead. I don't think you can or should compare it to the physical whiteboard, because I think we're moving towards a new innovation.”

And when asked to describe Lucidspark for the companies and employees part of this new age of remote work, Justin said:

“I'd say it's a virtual whiteboard, but it's better, you know? And I'd come back to what I was saying about it being revolutionary, as opposed to evolutionary. Not just taking a whiteboard and making it online, but adding a whole lot more functionality to it that's going to change the way we collaborate.”

We’re proud to be on the list of applications that will make the future of work possible for CarGurus and companies around the globe. 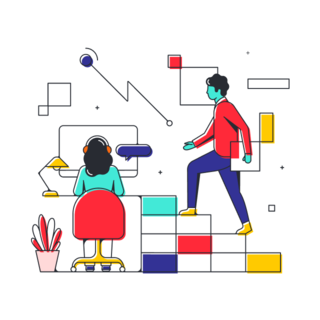 Align your remote team on an intuitive virtual whiteboard built for collaboration.

Align your remote team on an intuitive virtual whiteboard built for collaboration.

Brought to you by the makers of Lucidchart, trusted by 25 million users worldwide, including 99% of the Fortune 500.