Even as employees continue their gradual return to office life, there’s no question that hybrid work is here to stay—along with the remote meeting. This is why the capability for teams to effectively engage in remote collaboration is more critical than ever before.

Obstacles to effective remote collaboration vary but typically involve the lack of proper tools or a common digital platform, a gap in equal say or airtime during meetings, and confusion about roles or responsibilities. For many people, the solution is Lucidspark.

By looking closely at three recent customer case studies from Russell Group, CarGurus, and EVBox, we can see how different business leaders identified the need for more effective remote collaboration, why they chose Lucidspark, and how it improved their workplace.

Russell Group is a UK-based creative and imaginative solutions company, specializing in helping businesses transform their trading portfolios to ensure future viability. The work always involved face-to-face workshops. But due to COVID-19, this was no longer viable.

As one of their consultants, Mark Turner was a master of running those workshops—the types of events where the ideas flowed freely with sticky notes placed on every surface.

This time, the workshop would be presented online to people from all over the country. Capturing the look, feel, and spontaneity of his typical workshops would prove difficult unless they had a common platform to capture ideas that were intuitive and easy to use.

The biggest challenge would be how to prompt interaction between people in real time.

While rethinking how to host his workshop, Turner searched the internet for an online whiteboard, leading him to Lucidspark. After spending the night creating a template, he felt ready to facilitate the next morning.

To introduce the team to Lucidspark, Turner created a “sandbox” on his board to allow them to get familiar with using the tool. Everyone got the hang of it right away.

Sharing a common platform was one way to immediately improve remote collaboration. The next test for Lucidspark would be its ability to shape how participants engaged and interacted during workshops. How would a virtual whiteboard compare to actual ones?

For several reasons, Lucidspark was much more effective for Turner:

Best of all, using Lucidspark resulted in a live document for the team, housing anything and everything that happened during the workshop. No separate Word docs, meeting notes, presentations, or spreadsheets; their board was now a single source of truth.

Throughout the process, participants enjoyed equal say and airtime. Unlike an in-person workshop or a typical videoconference, no one participant dominated the conversation.

“Right now, everyone is on Microsoft Teams or Zoom, and you get loads of people all talking without something visual to focus on,” said Basier. “A PowerPoint presentation doesn’t work. But something like Lucidspark is really good for a team session so you can get people focused on ideas and actually generate an output.”

With its automotive research and shopping website, Massachusetts-based CarGurus assists users in comparing local listings and contacting sellers for new and used cars.

Like Turner, Justin Donlon had been searching for just the right whiteboarding solution to support his team. As the VP of process innovation and analytics at CarGurus, he hoped to recreate an in-office, instantaneous collaborative work environment.

With his entire team working from home due to COVID-19, the need for effective remote collaboration was a must. Already a Lucidchart user, Donlon happened upon Lucidspark.

Accustomed to writing lists, drawing diagrams, charting times, and creating business flows on a whiteboard in person, Lucidspark was a natural fit for his needs. It soon became a go-to feature for Donlon’s day-to-day meetings, offering a perfect space to post agendas, meeting notes, ideation, and categorization in one accessible location.

However, the real test for Lucidspark’s ability to replicate in-person collaboration would come as a massive new project for the team: rebuilding an enterprise application stack.

As one of Donlon’s chief enterprise architects on the project, JR Morris needed to gather knowledge and input from various teams throughout CarGurus to create a multi-phase deployment plan. Before shifting to remote work, Morris had planned to meet with 10-12 subject-matter experts for working sessions around a conference room whiteboard.

Instead, Morris organized 90-minute Zoom meetings with Donlon, including a shared Lucidspark board of his own design to establish a remote collaboration space for all their participants. Those online working sessions were conducted by Morris as follows:

The addition of Lucidspark added a new dimension to how working sessions or Zoom meetings were conducted at CarGurus. Working together seamlessly in real time, team members filled out the template, added new ideas, and discussed questions much like in person. They moved on to building rough architecture diagrams on the same board.

With the right collaboration tool in place, participants could now visualize the transition of systems, each diagram building on the last, with all additional systems color coded.

To Morris’ surprise, Lucidspark’s intuitive features made the workshopping sessions even more efficient and seamless than usual.

“I think actually one of the benefits that was a little easier than even whiteboarding in person was using copy-and-paste,” said Morris. “It's something you don't think about, something as simple as copy and paste that you use on your computer, you can't do on a whiteboard.”

Lucidspark didn’t just succeed in helping both Donlon and Morris replicate the collaborative elements of an in-person workshop into its remote format for the COVID-19 age. It was also a welcome escape from the formality of the typical Zoom meetings that everyone was growing tired of. It felt more like a whiteboarding session than a virtual workshop.

Lucidspark was also a huge timesaver. Visually demonstrating a proposal, then shifting to iterating that proposal brought greater clarity, resulted in faster buy-in, and helped the team reach decisions quickly.

Since 2010, EVBox has helped thousands of forward-thinking global businesses adopt electric mobility and achieve their goals through its electric vehicle charging solutions.

When embarking on a new project to dive deeper into their customer journey flows, the top priority at EVBox was making it a very collaborative process. With so many different teams involved before a lead passed to sales, a more integrated approach was needed.

Acquisition marketing manager Tom Smedes, UX designer and growth marketer Justyna Krakowiak, and ads specialist Eszter Major started with customer journey workshops. With all employees working remotely, they searched for a tool that would allow them to collaborate and engage across teams remotely. Their search led them to Lucidspark.

In the past, Krakowiak tried tools like Miro and Stormboard. For the marketing team’s deep dive into customer journey flows, Lucidspark made perfect sense as a tool to give team members equal say, especially since EVBox was already using Lucidchart.

“We can all chat over Zoom, but then just two people with the strongest voices keep talking, and it doesn't feel like there's any consensus on things at the end. So we knew that wouldn’t be a very good way to do it,” Krakowiak described before finding Lucidspark.

In Lucidspark, her team found a tool where everyone could collaborate, vote, and come back later to see what happened during the workshop, all packaged in a nice visual.

As the team’s virtual, collaborative workspace, Lucidspark easily checked all the boxes:

Armed with Lucidspark, Krakowiak and Smedes held multiple four-hour virtual workshops with 20-30 people from the marketing department. Each workshop began with an overview of a persona. Collaborating remotely across teams, they all worked to identify customer goals, channels, thoughts, and emotions at each stage.

While working towards the same goal of creating leads, silos soon appeared because each team approached the goal in a different way. With everyone now contributing on a shared visual workspace, they visualized what they were all doing and identified gaps.

Krakowiak described what she perceived to be Lucidspark’s greatest strength like this:

“…the main benefit is that everybody is able to have access to their own board so you don't have to share a screen during the workshops…people were also able to see where I was working. If they were really lost, they could choose to follow me on the board.”

The team also found great value in the ability to have moments of what Krakowiak calls “working together but alone.” Sometimes collaboration was lively and dynamic, but the team also took time to work quietly and add items to the board individually. When given the time to think and contribute anonymously, she found that people who might not normally speak up in a meeting had the opportunity to contribute insightful ideas.

In the end, the EVBox team found they were better able to generate ideas because work could be done synchronously and asynchronously. If the call was getting a bit long and people were tired, they could take a break, sleep on it, and add things to the board later.

In a traditional setting, this all had to happen during the workshop. With Lucidspark, the work could be split up, since helpful since ideas come at different times for different people. 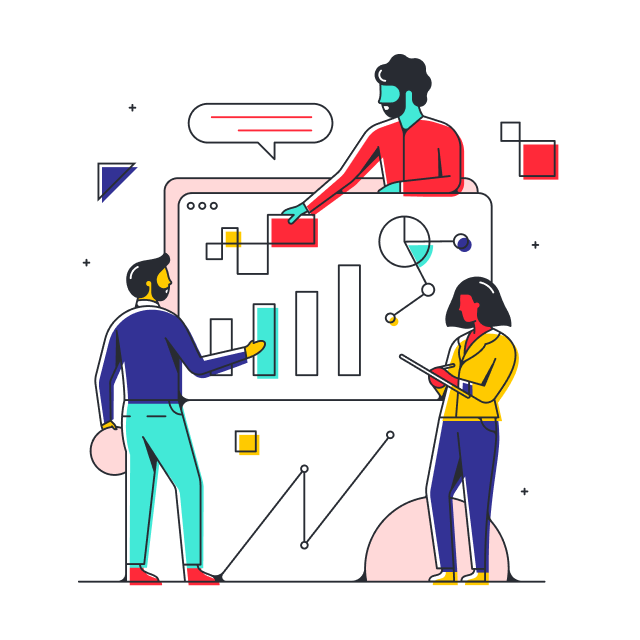 Transform your collaboration with Lucidspark.

Transform your collaboration with Lucidspark.